Despite what you might think, disposable cameras are still being used. Not everybody wants to risk their expensive smartphones or spend thousands on DSLR and their equipment. We’ll teach you how to use a Kodak disposable camera and get better quality and value from them.

You’ll find tips and tricks to make using the camera simpler. We want to get awesome pictures and not have to reach for your expensive phone or digital camera.

Disposable cameras can still take amazing pictures that last a lifetime – and they cost next to nothing. Let our guide help you get a taste of history and reminisce over the stunning and unique photos you’ll get from your disposable camera!

How to Use a Kodak Disposable Camera

We’ll go more in-depth into some of the important aspects of using a Kodak disposable camera. We’ll cover how to find the photos you’ve taken, how to develop them, and some tips to help you get better photos and value from your camera.

How Does a Kodak Disposable Camera Work

Disposable cameras have a very simple interface and one roll of film. The camera is lightweight and cheap and is designed to the discarded after you’ve used the roll of film inside it.

Photos are taken by looking through the viewfinder and pressing down the shutter button. This opens the shutter and exposes the film to the light. The film roll needs to be advanced before the next photo is taken.

You’ll have to manually turn the film between photos by using the reel near the top of the camera.

Once the film roll has been used, it’s taken out and the film is developed. You can then get them printed out or onto photo paper for framing.

How to Get Pictures from Disposable Cameras

The first step for getting your photos from a disposable camera is to take out the film. You would usually need to pay to get this done, but we’ll show you how you can easily do it by yourself.

You’ll need a sharp-pointed object like a knife to open the film door on the bottom of the camera body. Here are the steps you need to follow to get your film from the camera and save money:

If you can’t find the film door, or you get confused, you should find the user manual for your disposable camera. A simple internet search should bring up the manual for you to check.

This saves you having to send your camera in to get the film removed, so you’ll save time and money.

How Does Disposable Camera Developing Work

You’ll need to remove the film as shown in the above steps. Once you’ve got the film roll out, you need to develop the photos.

This isn’t something you’ll be able to do yourself (unless you’ve got a full photo development lab in your home). One of my favorite and affordable ways of getting my film developed is to take a quick trip to the nearest Walgreens store with a photo lab.

It’s just a matter of dropping the film off with them and discussing minor details like photo size and budget.

This will bring up a list of film developers near you that you can hire to develop your disposable camera’s film.

How to Get Disposable Camera Pictures on to a Phone

While there isn’t any direct way of copying the developed film into a digital format, there are some ways you can get the photos onto your phone or computer.

One of the easiest and higher quality ways is to use a photo scanner app on your phone. You’ll of course need to have already developed the film onto photos.

The scanner app will help you to scan the developed photos. It’ll remove most of the glare you get from light sources when taking a picture of another photograph. They also help keep the colors and sharpness as close to the originals as possible.

Here’s what you’ll need to do:

This should get the images onto your phone without much glare or discoloration.

If you can’t use a scanner app for whatever reason, you’ll have to manually photograph the developed photos.

Here is what you need to do:

You can then edit the sharpness and colors through third-party photo editing apps like Lightroom Mobile or Snapseed. Both will give you excellent results and are free.

While they might not be a technologically advanced as your smartphone camera or DSLR, disposable cameras can still take excellent photos.

Here are some tips for taking better pictures.

Since these cameras work by simply opening the shutter and exposing the film to the light, there are no systems for enhancing low light results.

This means that you need to shoot in bright light (preferably in the daytime) for the best results.

There is a flash option on most disposable cameras but bear in mind that they often overexpose the image and there’s no taking it back once you’ve pressed the shutter.

Focus on Composition and Angles

Since the camera is your biggest limitation, you’ll need to get creative if you want to get an awesome shot on your disposable camera.

Study up a little on how to compose your shots, for example, the rule of thirds. You’ll find that even though the overall quality of your shots is lower, the images will tell stories and capture attention.

Can I Reuse a Disposable Camera?

While these cameras were designed to be single-use, if you want to stretch every dollar there are ways to reload a roll of film into the camera.

Bear in mind that the image quality is likely to drop and the shutter and flash may not work as expected. They weren’t designed to be durable or reliable in the long run.

The available methods of adding film into an already used disposable camera are very complicated and quite hit-or-miss.

There’s a good chance you’ll mar the film that’s in the camera or mess up the installation of the new film without realizing it. You’ll then go about taking photos thinking that they’re being recorded – but aren’t.

If you’re deadest on reloading film into your Kodak Disposable camera, then you should do tons of online research and watch all the videos you can. Here’s a guide to get you started.

It’s quite technical and you’re probably better off getting it professionally redone if it has sentimental value. Otherwise, new disposable cameras are cheap and more reliable than used ones.

We trust that you’ve learned what you wanted to with our guide. Hopefully, you’ve picked up some ideas and put some of our tips into practice.

By now, you should have a good grasp of how to get more value from your disposable camera and how to take better pictures with it.

Take what you’ve learned about how to use Kodak disposable cameras and take some unique and memorable photos that stay with you forever. 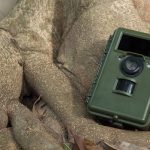 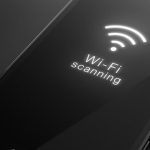 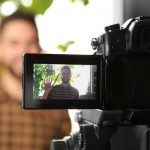 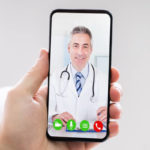